“Would you like to see yourself on TV?” That was the question our class teacher, Mrs. Runnebaum, asked us. She wanted to know if we would like to produce our own TV show at the WDR and we said, “yes”.

On 19th February 2016 class 8e went to Cologne to the WDR-studios. When we arrived at Cologne railway station, Mrs. Stroop and Mrs. Runnebaum allowed us to buy some food because it would be a long day.

After that we went to the studio. Timo, our WDR coach, was already there and greeted us. He explained to the class how they produce a TV show and then each of us was given a job. Some of us had chosen to do something technical and others wanted to be in front of the camera. After everybody knew what to do, we were divided into groups.

We worked with concentration and focused on the show.

Some time before we went on the trip the teachers had told us not to wear anything green when we were in front of the camera because everything that is green will not be visible because of the Green Screen. Luckily nobody had forgotten.

We also had to make up a name for our show and after a while we decided to name it “Ernsthaft um 8”. After we had checked if the microphones were working and if everything was in its right place, we recorded our show. Our themes were the news of the day, the weather, the sport and a short talk show.

Finally, Timo showed us the end result and it was very funny. Some of us moved in a strange way in front of, or behind the camera or mispronounced something. But everybody was quite proud of himself or herself.

I think that now many of us have a better idea of what they want to do when they are grown up. A few days later Mrs. Stroop sent us a link where we could download the show and now we can watch it as often as we want. 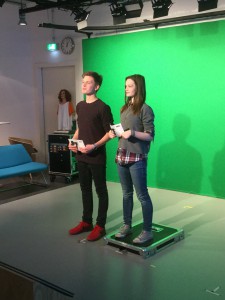 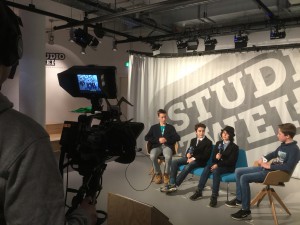 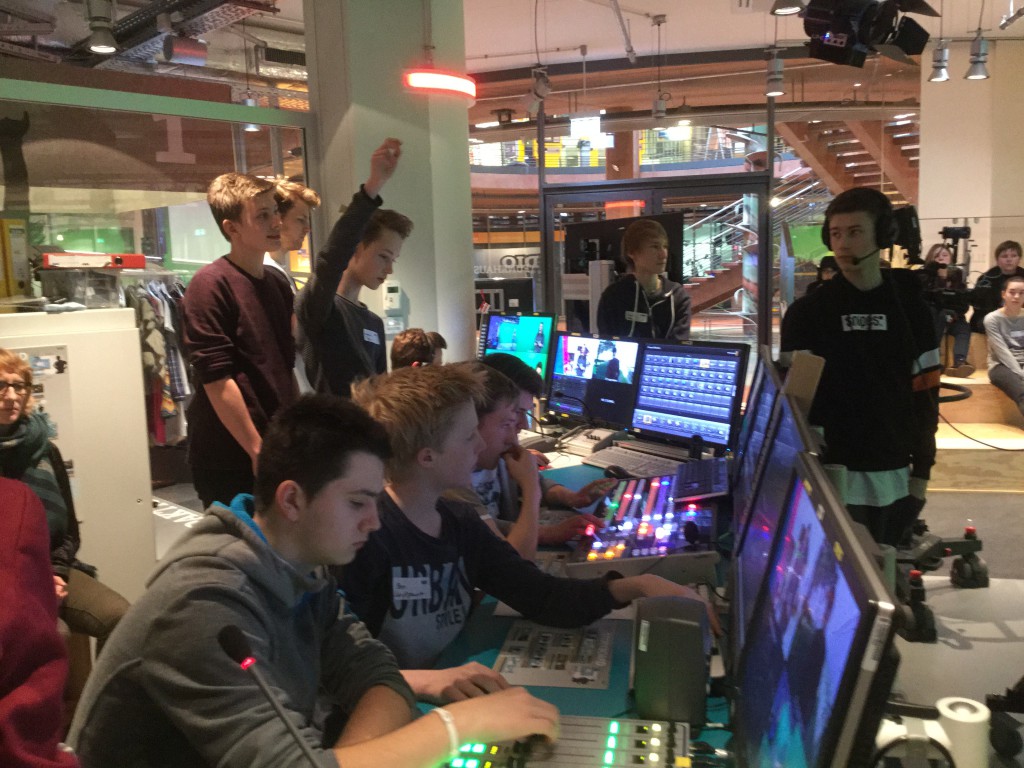 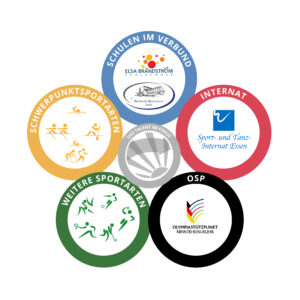